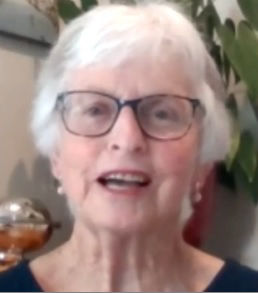 "Dale Chihuly  - Glass Artist"
Patricia Smith, one of our Browns Bay U3A members will talk about Dale Chihuly above and his large glass sculptures. Over the course of five decades, Chihuly has explored new and old techniques, pushing the boundaries of contemporary art. He draws inspiration from the world around him, creating statements using color and form to capture the imagination, and catapult beyond conventional ideas of function and beauty. His inspiration has led to creations on Baskets, Cylinders, Glass on Glass, Ikebana,
Installations, Jerusalem Cylinders, Light Drawings, Macchia, Persians, Putti, Rotolo, Seaforms, Soft Cylinders, Venetians, Works on Paper.  Dale Chihuly Website > 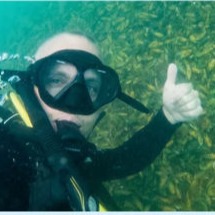 Shaun's submission on the application if you want to borrow anything.
https://blog.shaunlee.co.nz/why-im-supporting-the-waiheke-marine-reserve-proposal

Above is where you can have your say on management of our Regional Parks. If you do ask for set net bans please mention that it would be better to ban the practice in Auckland rather than displace the impacts.
https://akhaveyoursay.aucklandcouncil.govt.nz/regional-parks-management-plan

About Shaun
As a volunteer he helped build New Zealand’s only large scale, active marine restoration initiative (Revive Our Gulf). he has been responsible for the brand, fund raising and lobbying. His photography work has been instrumental in building the movement. Just the fact that people are spending money to fix damage caused by bottom impact fishing seems to have an impact with decision makers.
More Info > 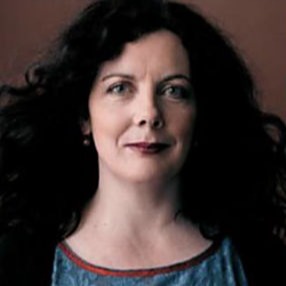 Frances Walsh is an award-winning journalist and writer, who has had a long career in journalism, including writing for a number of New Zealand’s leading magazines. While on staff at Metro magazine she was also Books & Art Editor. Her social history Inside Stories: A History of the New Zealand Housewife 1890-1975 was published in 2011. She has also worked as a teacher and trade unionist. She currently works for the New Zealand Maritime Museum, writing the recently published Endless Sea: Stories told through the taonga of the New Zealand Maritime Museum Hui te Ananui a Tangaroa.   In this talk she discussed some of the surprising objects hidden away from the public view in the museum’s collection, which feature in Endless Sea.
See whats on at the Museum this week and beyond > 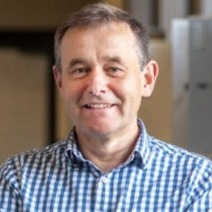 In 2017, he transferred to the University of Auckland where he directs a multidisciplinary research programme involving basic and clinical scientists with the aim of finding novel clinical therapeutic approaches for cardiovascular diseases. He is Director of a new heart centre {Manaaki Mãnawa) combining experts in the University of Auckland and district health boards. He is Co-Director of the recently awarded national Centre of Research Excellence in Heart Health across New Zealand.

Julian has trained 25 PhD students, published 400 scientific papers and given plenary lectures around the world on how the nervous system regulates the cardiovascular and respiratory systems in health and disease. His work has generated numerous patents and led to clinical trials in patients with heart disease. He has been a recipient of numerous national and international prizes and, most recently, was made a Fellow of the Royal Society of New Zealand Te Apãraogi. He holds honorary
professorial positions at The William Harvey Institute, St Bartholomew's Hospital, London, the Department of Physics, University of Bath and the Department of Physiology, University of Belgrade, Serbia.  more> 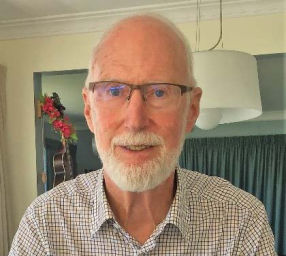 June 2022   GUEST SPEAKER: Professor Stephen Hoadley
Title: Putin's War in Ukraine
This talk asks Why? How? and to What End?
It attempts to understand Russia and Ukraine better. Then it
suggests Western responses to Putin's aggression, including war
crimes tribunals. Questions will be welcomed.
Stephen Hoadley is Associate Professor, Politics and
International Relations, at the University of Auckland.
He earned his doctorate at the University of California, and has
taught at universities in Santa Barbara, St. Louis, Hong Kong, and
Kobe. He has practiced journalism in Asia and currently
contributes commentaries to NZ and overseas media and public
talks to U3A and other groups. 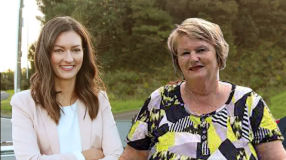 She will be joined by Alexis Poppelbaum, who has been a Hibiscus and Bays Local Board member for the last 3 years. Alexis has a background in communications and policy in the health sector, and working locally for the East Coast Bays Electorate office.

Julia and Alexis will discuss the structure of Auckland Council, local board processes, opportunities to engage and instigate improvements in the community. They will also cover topical issues for our area as well what is on the horizon with the Review into the Future of Local Government coming later this year.

NIWA  is the National Institute of Water and Atmospheric Research, is a Crown Research Institute established in 1992. It operates as a stand-alone company with its own Board of Directors and Executive.
Chris is the Principal Scientist leading the Forecasting Services team. Chris's talk gave us a real wakeup on climate change and how it will look like in 2120.  Yes we can work hard to fix it but will the rest of the world as well but reminded us that climate is what is predicted but weather is what you get!

What are the practical steps underway that support the move towards zero-carbon economies? The single most important step is to replace fossil fuel technologies, especially coal, with renewable power sources. This replacement is very advanced in automotive and aeronautical sectors with a system-wide shift from internal combustion engines to electric cars (EVs), trucks and buses expected to be largely complete by 2030 and to electric airliners by 2040.

The Scandinavian countries lead the world in this electric transport revolution, with Norway already having 50 percent of its car fleet as EVs. It plans to have all its domestic flights using electric airliners within 20 years. The UK government recently signalled a ban on internal combustion vehicles by 2035. The new CEO of BP has set a zero-carbon target by 2050.

The majority of oil and gas companies are now investing massively in renewable energy technologies. Statoil (Norway) has developed the world’s first large-scale wind energy farm that floats on the ocean. Following the success of class-action litigation decades ago against major US companies producing CFC agents, which caused the polar atmospheric ozone hole, similar litigation is now an increasingly effective mechanism against fossil fuel companies. The High Court in the Netherlands has instructed the government to strengthen its zero-carbon targets, which demonstrates that governments are not immune to climate litigation. ref from Climate Change Link >   Presentation Download Link >

A précis of his trip with wife Audrey on motorbike for their 40th Wedding Anniversary.  The talk had Video snippets of the trip, travelling 21,044 kilometres over 12 weeks across seventeen countries. He demonstrated the riding equipment and covered the planning detail including the motorbike choice to cope with the conditions.

November 2022 - Paul Hickford
How I discovered my half brother through DNA
"Mum’s cryptic clue that we missed".

Paul belongs to the NZ Society of Genealogists, and has had thirty years of genealogical experience and been awarded several awards for his research into family histories, as well as having had numerous articles published in genealogical magazines in New Zealand, Australia and England. He is also a member of Hobsonville U3A.

CHRISTMAS Special with Christmas Songs by the Wednesday Ukulele Group